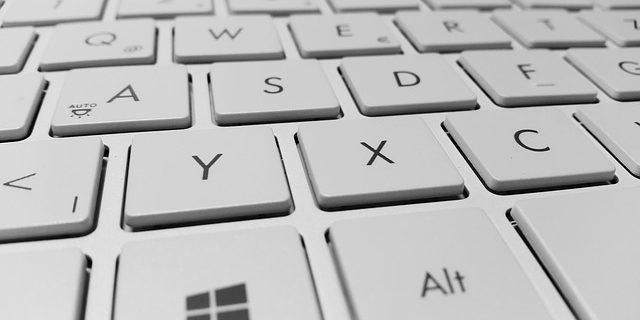 Occasionally aspiring writers ask me which screenwriting software I use. There are a number of choices on the market. Most prominent are Final Draft, Movie Magic Screenwriter and web-based Celtx.

Due to mediocre reviews from friends, I never tried Movie Magic. A client required me to use up-and-comer Celtx but I found it occasionally awkward; there was always a little lagtime between typing on my keyboard and the results showing up on the screen.

For 20+ years, I’ve relied on Final Draft, available for both Macs and PCs. They claim it’s used by 95% of TV and movie productions. (And no, I’m not getting a commission if you visit their website.) There’s a little bit of a learning curve but here’s the huge benefit: it allows you to focus on writing, not on formatting.

Why I Think Final Draft Is Best for Screenwriting

In fact, most formatting is accomplished automatically. They even provide a variety of templates ranging from stage productions to sitcoms. With relative ease, a script can be converted from its native format .fdx to a Word document or .pdf.

Another big bonus is its ability to instantly create a number of useful reports. For example, you can generate a list of all characters, noting which scenes they are in and the number of lines they have.

There are a few other bells and whistles that help you easily organize and rearrange plot points, come up with potential character names and hear your script read aloud by assigning a voice to each character. An add-on allows you to collaborate remotely.

Every year they roll out new features; I’m in awe of a couple of their new built-in tools: Beat Board and Story Map. The former functions like a board for Post-It Notes, allowing you to move your notes around as you plot out the beats (key plot moments) of your script as well as make notes to yourself. Story Map harmonizes your beats with your script, even allowing for a side-by-side comparison on a page-by-page basis. When working on a historically-based screenplay with an established timeline, it was easy to create a new note and put it in its appropriate position when my research revealed something new to add.

Where Final Draft Comes Up Short

What Final Draft doesn’t do well is work with A/V formats; I would never use Final Draft for an explainer video that requires production notes about graphics or animations. The folks at FD realized its shortcomings so they also offer Final Draft AV (but I prefer just setting up columns in Word).

The Educational (student/teacher) version lists for $129 but I’ve seen it on sale for $99. Final Draft 10 Pro retails for $249 although the last time I checked it was discounted to $169. Shop around other websites for discounts if you don’t markdowns on FinalDraft.com.

Whether you are generating character-driven scripts in-house for projects or working on that screenplay you started in college, give Final Draft a look.