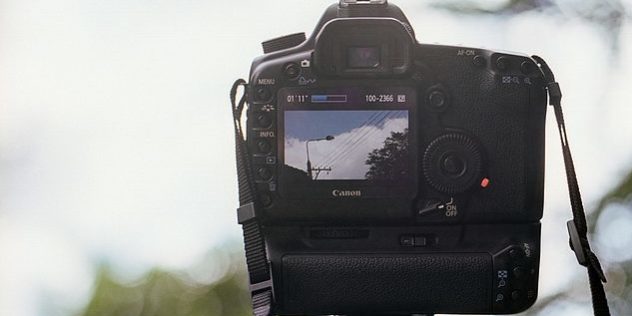 I’ve worked on big productions in the past—live satellite feeds, seven-camera shoots, a crew with one person assigned specifically to wigs. However, most of my assignments have been on a much smaller scale. Through those experiences I’ve come to learn that great work doesn’t have to be extremely expensive or elaborate.

That’s in contrast to a recent shoot that required a person to be on camera for approximately eight seconds and the remaining 20 seconds recorded as voice-over. A fairly easy task requiring a skeleton crew. Instead, the producer brought three crew members, two cameras and a lot of gear that I don’t think ever left the shipping cartons. Overkill.

For comparison, the documentary series I co-produce for PBS stations requires a crew of one extraordinarily talented individual. He handles everything involving electricity: lighting, audio, camera, editing and graphics.

This guy is a wizard but he’s getting a lot of assistance from technology advances. Everything is smaller and lighter these days. Almost every piece of equipment has been miniaturized. One of my favorite advances is the 4K camera. Due to pixel density, you can shoot a medium shot and crop in to create a close-up with no quality loss. Two cameras in one! In some cases, you can edit with a laptop instead of a room full of electronic doodads.

To be clear, I’m not a fan of low-budget productions or B-grade teams. (I once had a 45-minute shutdown because the audio guy failed to bring an extra battery for his microphone; fyi, the client chose the production company.)  If cost savings overrides delivery of the correct message, there’s a good chance the final product won’t fulfill expectations. However, I am a firm believer in right-budget video production.

What’s right for your video project? Let’s talk it through.